They came from near-and-far; by plane, boat, rail and road but on arrival at the Estádio da Nora, Ferreiras, Albufeira it was all about walking!

Over three hundred mature players ranging from 50 to 80+ years-of-age donned ankle & knee supports and strapped up aged joints before embrocating muscles with liniment ready for two days of hectic competition at a sport that was only introduced to the Algarve five years ago.

Great strides have been taken in that time mainly due to East Algarve Walking Football, Browns WF (Vilamoura) and Lagos Strollers attracting teams to the excellent astro-turf pitches and stadia in the region. The EuroCopa Tournament was split into two sections – 50+ years and 60+ years – and after a warm welcome from Gary Thomas the action got under way.

It might have been the 1st April but there was no fooling about by teams keen to unseat last year’s champions Sheffield United.

The team of Portuguese referees was joined by Heidi Emery from Sussex, who was returning for a second year, with her firm but fair control of games being warmly appreciated. 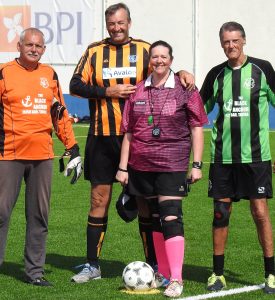 In the EuroCopa 60+ Tournament it was Brackley Sinners who took top spot from Brackley Saints with North Lanarkshire in third followed by Aulany and EAWF Olhão. 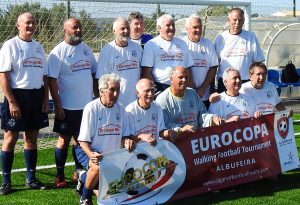 The EuroCopa 50+ Final between Sheffield United and Luso Africa was full of fast, skillful walking football with the team from the southern hemisphere taking the lead in the first period. The Blades struck back to level and take the tie to penalties with Luso Africa edging home 2-1. 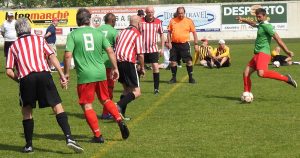 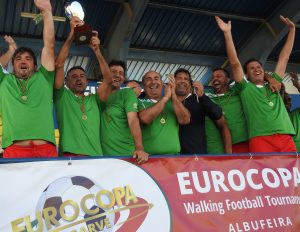 EAWF Olhão were the best placed Algarve team in fifth place after a 5-0 win against French side Aulany. 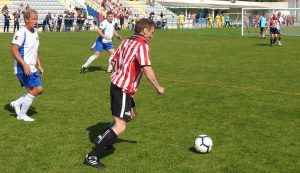 After two days of intensive activity and 149 games it only remained for Paulo Dias, Chief of Staff to the Mayor of Albufeira, to present the trophies and thank everyone for making the event an outstanding success. The players and supporters then enjoyed a convivial BBQ where old acquaintances were rekindled and new friendships made. 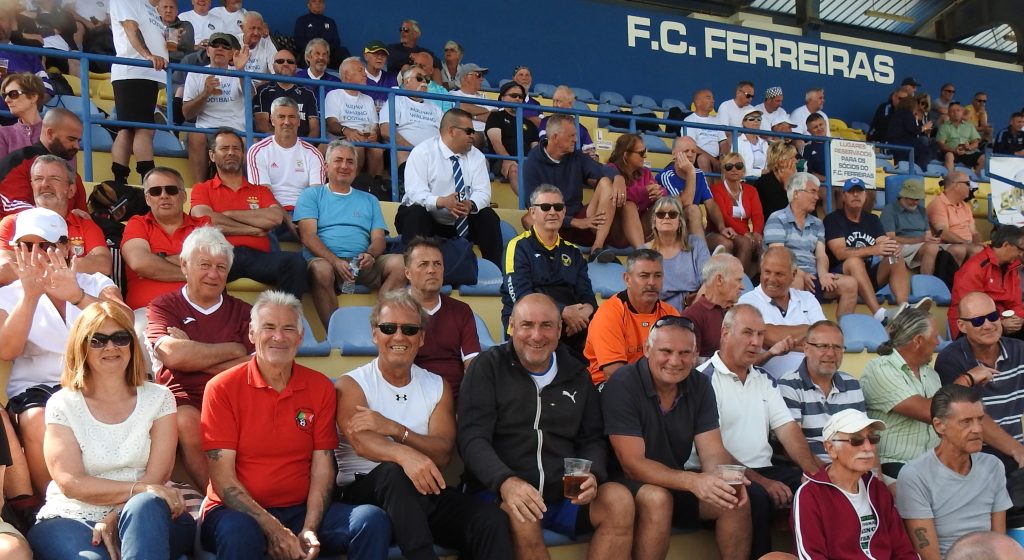 The event attracted an appreciative crowd

As one septuagenarian said, “The adrenalin rush is something that I really missed and to get that back at my age has taken years off me”. 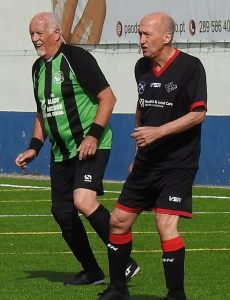