Twelve teams from the Algarve, Central Portugal and the UK played two days of walking football under glorious sunshine at a fantastic venue.

The sportsmanship and camaraderie shown by all players was a credit to the teams, with the refs being able to keep their cards in their pockets (apart from one slight indiscretion resulting in the first ever blue card and sin bin seen in the Algarve).

The unanimous view seems to be that everyone had a fantastic time, helped by the excellent service from the on-site café, with some great stories being told between teams and a few sore-looking heads at the start of day 2.

A special thank you must go out to not only the teams involved, but also the four refs (Alan, who sorted everything out, and Tom from the Algarve, and Heidi and John who travelled from the UK to be part of the tournament), all the organisers of the event (especially Chris Wright, John Knight, Jonathan Syed, Alan McGovern, Tanya Fox, Andy Smith, and a small input from yours truly), Olhão Council who provided us with a fantastic venue and all the local staff who helped at the stadium erecting gazebos, setting up the pitches, manning the café, and providing travel coaches for the teams, plus everyone from EAWF who helped out on the day making sure it ran smoothly, especially Tanya, Anita, Jillian, Tracy, Clive, Lorraine, Norm, Penny, Janette, and probably many others I have forgotten to include.

It almost seems rude to talk about the results, but Olhão did win the tournament to add to their impressive competition record, remaining unbeaten over the whole tournament and overcoming Tavira 50 in the last match to leave them second overall.

The Plate Trophy was won by a very sporting Team Hereford side, with Lagos Strollers taking the Bowl award.

The Walker Brothers from central Portugal ended on a high with their only victory coming in their last game, while the two other UK teams finished a very respectable 7th (Ipswich) and 4th (Shrewsbury 99ers) overall.

The full results are: 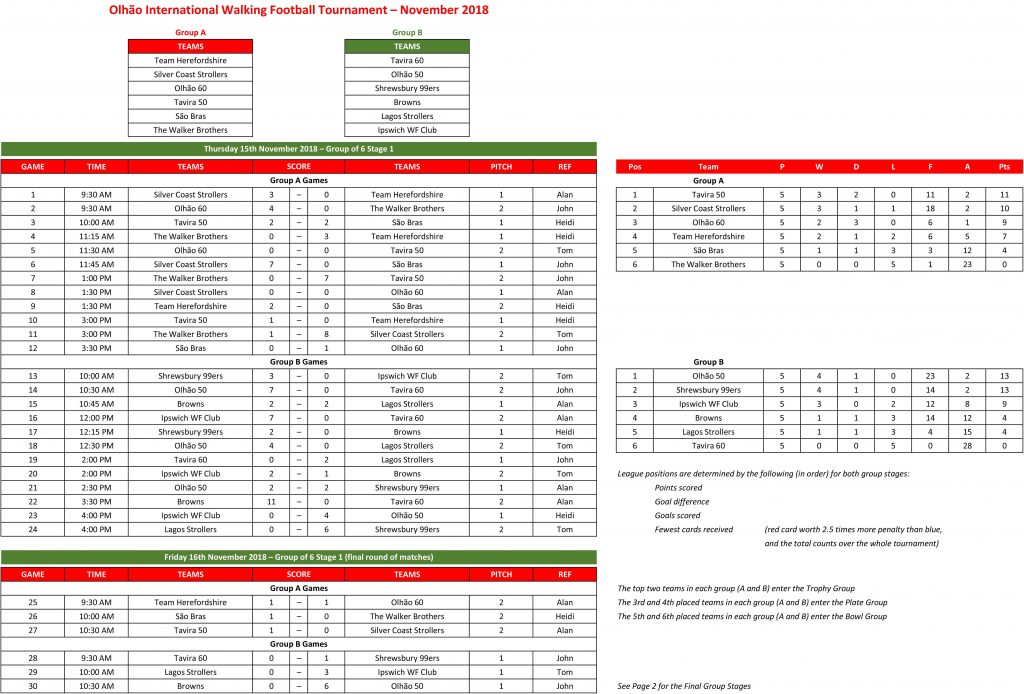 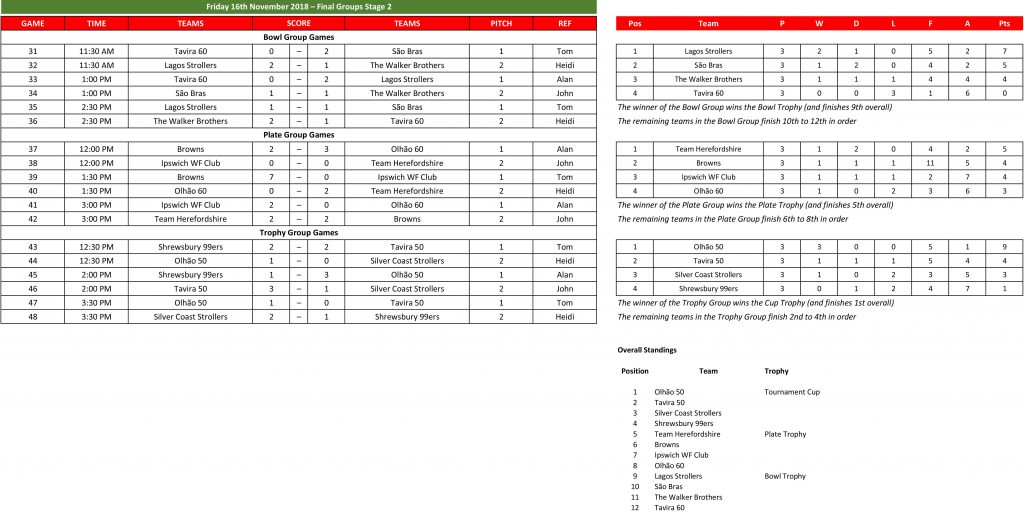 We now have plenty of photographs of the tournament on our gallery pages. Click here