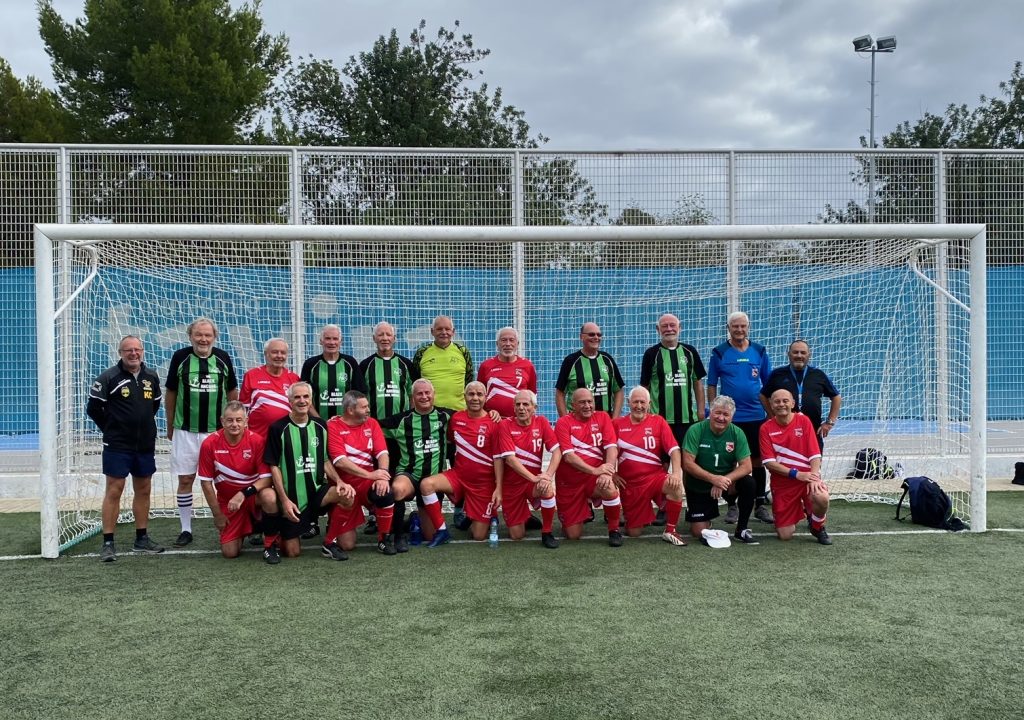 EAWF and Gibraltar over 70s

The first game for the over 60s was a hard fought draw, with players only allowed 3 touches of the ball (the standard rules played by EAWF).

Game 2 was completely different, with unlimited touches allowed for the players. EAWF took the lead in the 9th minute after 30 seconds of possession football that the opposition could only watch; Mark Cruddace passed to Verner Baird who flicked it at the perfect height for Mark to volley into the top corner. In the second half the hard-working  Mark Widdowson had to come off due to a foot injury and he was replaced by Paul Shepherd for his debut. The game was quite even until a stunning ball from MarK Cruddace to Verner Baird allowed Verner to score from an almost impossible angle, tight against the goal line, to make it 2-0. After being warned twice in the first half for running, Verner Baird ran for the last time as the referee gave him his 3-minute blue card. This left 2.5 minutes for Gibraltar to try and get 2 goals. The other team members Michael Coleman, Conny Holenweg, and Steve Maddocks (in goal) prepared themselves for the onslaught, but unfortunately for Gibraltar it came to no avail with EAWF hanging on for the victory. Thanks to Stuart Meakin for managing the team (and providing this report). 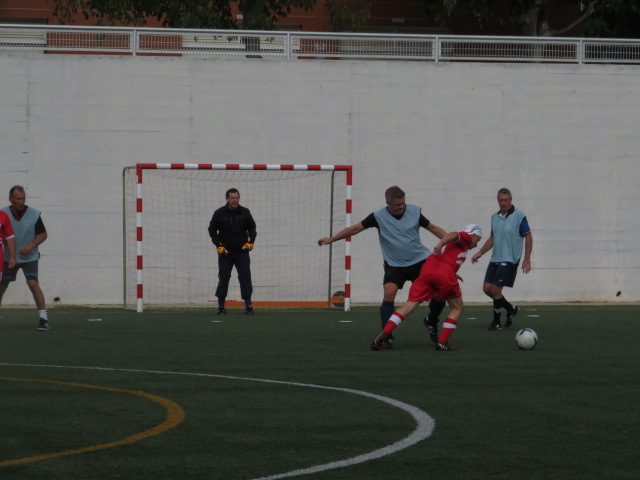 Action from the over 60s team

EAWF fielded an over 70s team for the first time against other opposition when they took on Gibraltar.

On the eve of the first game they lost John Walduck (through illness) and Bjorn Ryd (becoming unavailable) from the squad. The opening couple of periods saw us 2-0 down against a very organised opposition who were always looking dangerous in front of goal. In the remaining periods our side appeared to settle more and manage the game until conceding a very late goal to their no. 8 marksman who was man of the match. Final score in game 1 was therefore EAWF 0 Gibraltar 3.

Losing 3 players from the first game (Jimmy Dunne with an ankle injury and Chris Wright and Roy McCrudden being unavailable) this was always going to be a tough game but credit to the players involved as they stuck to the task. A vast improvement from Game 1, with chances created, and the pressure told when Werner Schneider was through on goal and scored to leave EAWF 1-0 up after the first period.

The second period saw us in control and managing the game but knowing that Gibraltar were always dangerous on the attack. Resolute defending, especially from the well disciplined Charlie Cousins, meant we held out only to concede in the dying seconds to there no. 8 marksman again. Overall a great performance to earn a creditable 1-1 draw. Man of the match in game 2, Charlie Cousins.

The EAWF Over 70s squad 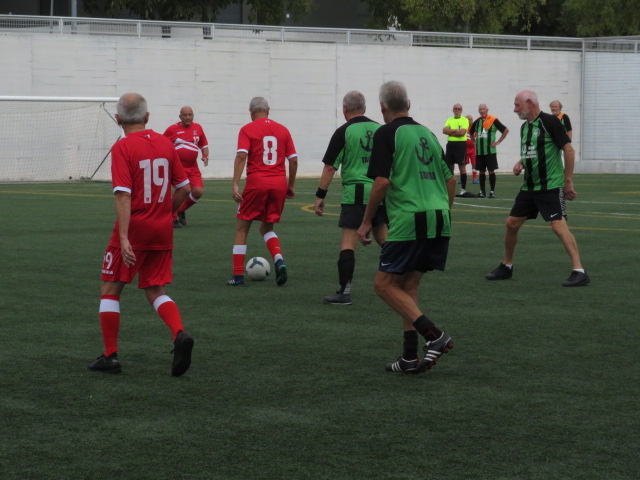 Action from the over 70s match

Many thanks to Stuart Meakin, Karl Chapman, Andy Wilkings and Steve Johnson for reports and pictures.